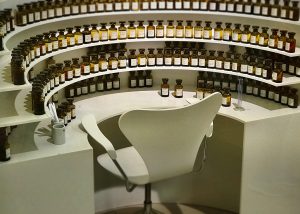 Scared to buy a fake Hugo boss perfume? You should be. Hugo Boss Cologne for men is one of the most popular cologne in the world – and that attracts many scammers who want to take advantage of that. It’s one of the perfumes of which there are the most fakes out there. And that means that you have to do some careful research before you buy a bottle.

you’re probably curious to find out what these 5 signs are, right? So let’s dive in and find out how YOU can check and verify whether you’ve got the real Hugo Boss or a fake one.

The more popular something gets, the more people want to get in on that, Hugo Boss is a pretty expensive cologne – so there’s a lot to be gained for people who make fake perfume.

You don’t want to get a fake bottle. The fragrance will smell chemically and often it also won’t last as long as the original. You might even need to respray it several times throughout the day if you want to keep smelling nice.

A good perfume (like the original Hugo Boss) will last for a good day, so you’ll save a lot of money in the end by getting the real deal.

But let’s check what the signs are of a fake Hugo Boss perfume – so you can avoid buying it.

The first thing you want to check is the box. Because the box is one of the things that most scammers don’t really try to beat. It’s too much effort and sometimes they even deliberately change things (such as the spelling of the name) in order to avoid getting sued by the original producers.

Take a look at the picture below to see exactly how the box should look like. If it looks like anything different from the one shown here – then it’s very likely that the bottle is fake.

Check carefully for the correct spelling of the name, serial number and specifications. If you see anything strange (or weird prints or lay-out mistakes), then please check this with the picture.

If the box is not like the original one, chances are very high that it’s a fake perfume.

If the box looks alright, you should now check the bottle itself. You can check how the original bottle looks like in the same picture above. This is how a 1.6 oz bottle should look like.

Again, if anything looks weird about the bottle, then check this very carefully with the picture. And if they’re not alike – then don’t buy it.

Here I also recommend that you check if the sprayer works correctly. It should give a firm spray and it shouldn’t leak or be musky. The spray button itself should give a fair amount of resistance when you try to press it.

#3 How does the perfume smell?

You’ve pressed the sprayer, so onto the next question. How does the perfume smell? Maybe you’ve tried on a real Hugo Boss cologne before at a friend’s place or at a duty-free store in the airport?

If yes, then you know how the real smell should be. Compare the smell of the bottle to how you remember the smell when you tried it before.

Small subtle changes are okay – since you’re comparing a memory of a smell. But if it smells completely different from what you remember, then that could be a sign of a fake.

#4 is the seller reputable?

After checking if the fragrance is al right, and you’re still not sure, you can check the seller. Is it a reputable store where you’ve been many times? Then chances are high that they sell the real perfume.

Or are you dealing with a street seller on a touristic spot? Then I’d recommend not buying, since street sellers are notorious for their fake brand stuff (perfumes included).

If it’s a tough decision (for instance a little shop where you’ve never been before), then it can also help to check out some reviews on google of the place.

The last thing you want to check is the price. Since the markups on perfume are so huge, fake sellers are generally alright with selling the perfume way below regular prices.

Click here to check the price of Hugo Boss on Amazon. Now ask your seller what his price is.

Check if the volume is the same. And if the seller is giving too much discount (let’s say 50% of the price on Amazon), then it’s fair to say that he’s selling the fake.

If a price seems to good to be true, then you can safely assume that it is. And stay away from the seller.

I hope that you’ve found this guide useful. Fake perfumes are a big problem, but with the right knowledge you can avoid getting scammed.

If you’ve found out that the perfume you were about to buy is the original one, then congrats – you can safely buy it knowing that you’re making the right decision.

And if you found that you were dealing with a fake Hugo Boss perfume… then it’s better to continue looking. even though it might be very cheap, fake perfumes smell chemically, don’t last as long as they should and it’s better to avoid them.

As always, I recommend you buy for trusted and reputable sellers to make sure you get your hands on a quality Hugo Boss fragrance.

P.S. if you’re looking for a reputable online seller of Hugo Boss cologne, then please check out Amazon!