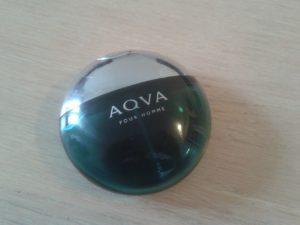 Editorial note: With so many different colognes available for men it’s hard to pick the right one. This Bvlgari Aqva review will help you become more clear about what the right perfume is for you.

If you’re a man looking for a cologne that’s affordable, lasts up to 9 hours and will make others (women) compliment you on how amazing you smell, then give Aqva Bvlgari a try.

Ever wondered what it would be to walk around smelling so good that all the ladies turn their heads when you walk by?

Or when you’re standing in the elevator waiting for your floor to arrive, to catch the girl standing next to you trying to catch another sniff of your smell?

Or maybe you’re looking for that cologne that will drive your girlfriend completely crazy?

If you are, then Aqva Bvlgari is the scent made for you. In this Bvlgari Aqva review I will let you in on some of the ‘secrets’ why this cologne is such a great choice if you’re looking for a cologne that will drive the ladies crazy…

Why this Bvlgari Aqva review?

One of the main problems many men experience is that they want a good smelling fragrance. A cologne that will get them compliments from good-looking women, but also smells good to everyone else.

Problems with finding the right perfume

Unfortunately, there are so many colognes for men out there that it is hard to make a good choice. And because perfumes in general are quite expensive (don’t bother with the cheap ones – almost all of them smell too chemical and if they actually smell good, it’s usually only for a couple short hours) it’s costly to try out many perfumes before you find the one that suits you.

Now, you could go to perfume review sites like Fragrantica or others like it, but they have several problems:

How I found Aqva by Bvlgari

A couple of years ago I suffered from the same problem as you might do now. I was looking for a good fragrance, but the more I searched which one could be good for me, the more confused I got. And since I wasn’t earning enough to just go out and buy a dozen different ones, I had to make a well-educated guess which cologne would be the right choice for me.

I went around stores to try out a lot of perfumes myself, but that was a long process. And some of the perfumes I liked were too expensive or simply smelled good at first. But after a couple of hours went bad or simply didn’t smell any more.

Luckily at this point a friend of me recommended me Aqva by Bvlgari. he was positive about it and said that he had gotten a lot of compliments when wearing it. I asked him if he could lend me his bottle for a couple of days, so I could really get a feeling for it. He gave me the little round blue-green bottle and I tried it on.

I did this for a week. And after spraying it on me for 7 days I was convinced this was a great cologne for me. If you want to find out why, then continue reading to find out what Aqva by Bvlgari can do for you…

Let me introduce you to Bvlgari Aqva

Bvlgari Aqva is one of the freshest feeling colognes for men I have ever tried. It starts of with a fruity  citrus aqua smell that will remind you of a beach vacation in summer. Every time I put it on, I close my eyes for a second. And I’m going back to memories of me lying in the sun at a beach holiday in my late teens.

Parties. Girls. Summer. That is where the scent takes me.

And then it gets better. After the first intense 20 minutes the perfume starts to dry down. This is where the other best part of the cologne lies. A light marine saltines with a citrus note will dominate.

Not only does this smell great for yourself, it also gets a lot of compliments and even questions from others.

And for me – I know that a cologne is good when I start receiving questions. Naturally, I want to share with you the things I found out about this fragrance.

So, if you want to learn more about a fragrance that not only smells incredibly fresh and sea-like, but also gets you compliments from the women in your life, then continue reading for my Bvlgari Aqva review…

Bvlgari Aqva review – The fragrance that will blow you away

Bvlgari Aqva is one of the few fragrances that I have tried that really resonates with me. But before we get into the nuts and bolts of which kind of people should be wearing this fragrance, let’s dive into a normal day of wearing this perfume.

Let’s assume you wake up at around 7.45 in the morning. You eat breakfast and leave for work at 8.30. But before you leave you put on a couple of sprays of Aqva Bvlgari. One on your neck, and one on each wrist.

You will start to smell the top note. It’s a delicious mix of seaweed, water and citrus. Like I said before, if you’ve been on holidays to the beach in your childhood. This is exactly what the fragrance will smell like.

So, you put it on. Now you drive to work, still smelling the top notes  that are filling your car with the sweet aroma of the sea.

Once you get to work, the top notes will start to change into the middle and base notes. This is where the cologne will start to show its real powers.

At first the citrus smells will be the main thing you notice. But once it starts to mix with your own body chemistry (remember, this happens about 20-30 minutes after applying), the watery and seaweed notes will start to come out on top.

The effect of this is a very calm marine perfume that will smell good and intrigue people near you. And of course you will get to enjoy all the compliments and the sweet sea aroma yourself as well!

This makes it perfect for daily wearing to work as it does not offend anyone. And another good thing is that it last around 7-9 hours for most people. So if you want to be smelling good for the entire day, then give Aqva Bvlgari a try.

Is it for you?

One of the things that makes or breaks a perfume is the person wearing it. For instance, if a cologne gives off an old cigar smell, then you probably wouldn’t want to wear it as a young guy.

On  he other hand, if you’re an older guy, and you want to give the impression of a professional working man, you wouldn’t want to take a young surf bum fragrance.

So for Aqva Bvlgari there are two groups of people who should be wearing it:

Now, there are some things that may keep people from using this perfume. One of them is that they might feel that they’re not in the target audience for this fragrance. Then it is important to note that these are only guidelines. The most important thing is that you like the smell itself.

And I mean, who wouldn’t like a perfume that takes makes them feel like going on a sweet long beach holiday?

Another thing I sometimes hear is that maybe you’re one of those people who tend to react badly to some perfumes. I’m not talking about the actual smell, but about your airways and nose. You know the perfume that feels like it gets stuck inside your airways and makes you gasp for breath (in a bad way) and feel like you’re breathing the air from inside a chemical plant.

Aqva Bvlgari is not like that. I have a very sensitive nose and react badly to a lot of perfumes. But Bvlgari makes fragrances that virtually cause no problems at all for me.

So if you experience problems breathing fresh air with some perfumes, then Bvlgari Aqva is a good fragrance for you.

Where to get a bottle of this fresh marine scented heaven

After reading this entire Bvlgari Aqva review, the chances are big you’re interested in buying the fragrance. So if you want a perfume that will make you smell as calm as the ocean with a citrus note added to it. That will get you compliments from the women in your life, then I can high recommend you to try Aqva Bvlgari. It’s available on Amazon and you can get it here.

P.S. If you’re interested in a fragrance that not only smells incredibly fresh and sea-like, but also gets you compliments of all the women in your life, then get yourself a bottle of Bvlgari Aqva!